Higher Education just released the official music video for their song "Leaky Basement" off their 4th independent album "Gift Called Life". We had the pleasure of directing and producing the video. This was actually shot last December in Baltimore, MD. We utilized Wright Was Studios; where the band has recorded all 4 of their albums, to record some scenes and the rest was shot around the Baltimore Harbor. I also included some shots from some of the bands bigger shows in 2017. 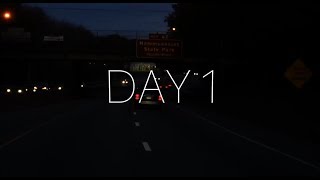 The tour of Alexander Henry was a success filled with great times and awesome people. Higher Education killed it every night earning fans at every stop along the way! Thank you to everyone who came out to support and gave us places to stay! Check out the short day to day recaps! We have a lot of content we still need to go through and release. We also have some music videos in the works so stay tuned! #highereducation #tour #highlight #positivevibemedia