We will be hitting the road tomorrow for tour with Higher Education up North! Let your friends and family know to come out if we are hitting a city near them! We will be putting out content along the way so stay tuned! Watch the band speak about the songs off their new album and listen to the Acoustic recording of "Puling Strings" below! #band #music #tour

Higher Education killed it yet again at Ballyhoollaween 2017! We hit the road with the band up North on Thursday! Be on the look out for content along the way! #band #music #maryland #soundstage #baltimore 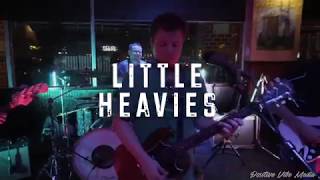 We had the opportunity to film the Little Heavies at Molloy's Irish Pub. They are no doubt a high energy rock and roll band. Mixing in originals with live jam sessions they were a lot of fun to dance too! You will definitely want to catch these guys live at one of their upcoming shows! They will be playing with Luna June at the 8x10 on September 30th. Check out the event page here: Luna June & Little Heavies at the 8x10 Sept 30th The Band members are: Ben Painter-Rhythm Guita

Higher Education's; Tour of Alexander Henry kicked off today! The band will be traveling down south promoting the release of their third album "The Ballad of Alexander Henry" which is now available on iTunes for pre-order! When the band returns from tour they will be having their Album Release Party on September 29th presented by One Koast at Rams Head Live in Baltimore. Featuring: Never Ending Fall (NEF), Rhett Repko, Joint Operation, Ryan Shiner, The Vibesmen, Stratus Fear,